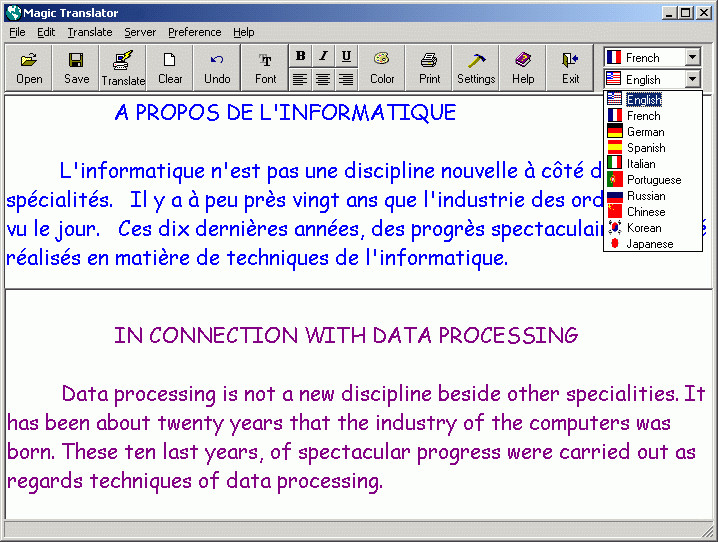 
Cursor Translator 3.2
Pick words anywhere on screen, get the translation with your mouse cursor on it.


MultiTranse European 7.0
Provides online translation to and from many different european languages