The GeeXboX is no more than an awesome standalone media player.

The GeeXboX is no more than an awesome standalone media player. Why such a name ? Well, its main purpose is to play DivX movies and, as everybody usually call this kind of projects DivX boxes, we'll just prepended a "GeeX", cause that's for the geeks you all are ;-)

So, GeeXboX is a full operating system, running under Linux and based on the excellent MPlayer. No need for a hard drive, you just have to put the GeeXboX bootable CD into the CD-Drive of any Pentium-class computer to boot it. Moreover, GeeXboX is free software, created as open-source software. This means that everyone can modify it and build his own release of the GeeXboX.

You may wonder why you should have to boot another operating system to play your media files, but just think about the Mini-ITX platforms like VIA Epia/Eden or Shuttle barebones. It's now affordable to bring DivX to your home cinema, plugging this kind of computer directly to your TV !!

At the time of the first development releases (Dec. 2002), it was only capable of playing DivX movies, but now, nearly every kind of media file can be played with GeeXboX, with the OS supporting :

GeeXboX is an operating system but you still need something to boot on ;-) You're lucky, GeeXboX is based on MPlayer, which can be considered as one of the less cpu-dependent movie players, thanks to the use of FFMpeg for decoding movies.

Support for the PowerPC (MAC) architecture.
Linux updated to 2.6.12.3 version.
Use of UDEV to automatically populate the /dev directory.
Remove of the now useless SuperMount patch.
Use IDE CD driver instead of the old ide-scsi emulation layer.
Support for CPU frequency scaling for supported CPU (generally laptops) to minimize power consumption.
Use LZMA algorithm instead of gZip for compressing iso (far slighter).
New HotPlug script : hot autodiscovery and mount/removal of external devices.
Reduce CD drives spin to 8x each time a disc is inserted in (previous versions did it for boot media only).

Updated MPlayer to 1.0pre7 (support for H.264 video and AAC audio codecs).
Can play IFO files from disk to read complete DVD structure.
Keep current path in OSD after the end of a file (no more need to do a complete browse each time you play a file).
Use cvidix video output mode instead of vesa:vidix by default.
Support for radio cards.
Support for FLAC files.
Support for MusePack codec (.mpc files).
Avoid some crashes when pausing/resuming a movie with remote control.

Security fix : FTP / Telnet / HTTP services (anonymous root) are closed by default : use generator to open requested ones.
Support for the CIFS protocol.
Can setup network and Samba configuration directly through installator.
Samba updated to 3.0.14a.
Can manually set DNS server to use.
Faster Samba shares mount (parallelize mount processes for multiple servers).

Use TrueType fonts for subtitles.
Use UTF-8 as default charset.
Support for different charsets for menu and subtitles.

Requirements:
x86 Pentium-Class CPU or above (P2-400 should be quite enough) or Macintosh G3 (G4 highly recommended)
a VESA 2.0 compliant graphics card.
an ALSA compatible sound card.
at least 64 MB of RAM
CD-ROM or DVD-ROM drive
Motherboard which supports booting on CD-ROM (should be ok for everyone ;-)
Keyboard, Joystick or Remote Controller, using a Lirc-compatible IR (InfraRed) receiver (check http://www.lirc.org to build yours), e.g. Miro PcTV's one or ATI Remote Wonder. 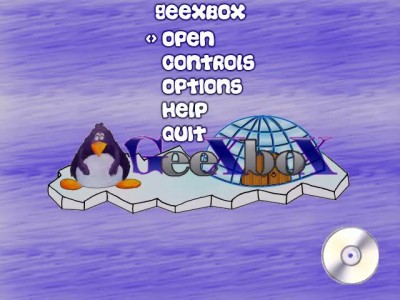 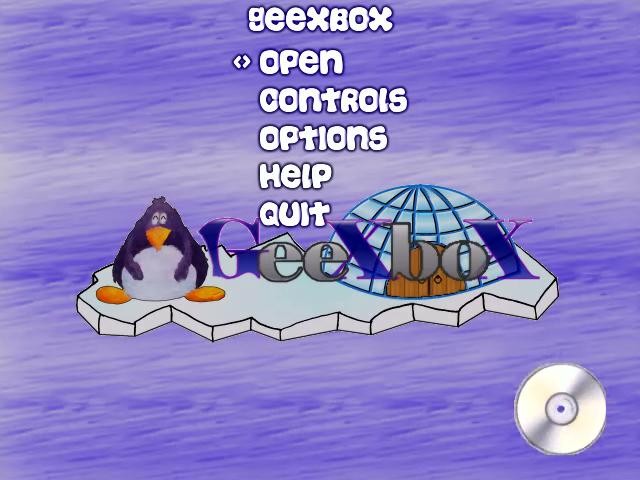 GeeXboX 0.98.6
The GeeXboX is no more than an awesome standalone media player.


MPlayer OS X 1.0 RC1
MPlayer is a movie player which runs on many systems (see the documentation).


MPlayerOSX 2b8r5
MPlayerOSX is binary distribution of MPlayer (The Movie Player for Linux) and comes with native GUI in Mac OS X.


Mac-on-Linux 0.9.7.3
Mac-on-Linux is a linux/ppc program which makes it possible to run Mac OS in parallel with Linux.