3D SurfTris 1.0 is other software developed by 3D Surf Games.
SurfTris is a Tetris clone with a new twist. Instead of 2D plane, playing field is spread upon a 3D surface. There are five different surfaces to choose from: three closed surfaces - Cylinder, Cone, and Hyperboloid and two twisted planes - C-Spiral and O-Spiral. Game features: - Unique challenges of Twisted and Diversity Modes - Ability to use MP3 and MIDI files of gamerâ€™s choice as game soundtrack - High Score tracking for every surface.
This program is shareware, which means you can download and use 3D SurfTris 1.0 for free during 30-days trial period. After this period you gonna have to buy 3D SurfTris 1.0 software for $19.95 or uninstall the program. 3D SurfTris 1.0 supports different languages (including English). It works with Windows 98/XP/Vista.
We have tested 3D SurfTris 1.0 for spyware and adware modules. The software is absolutely safe to install.
Our website has thoroughly tested other product 3D SurfTris 1.0, written the review and uploaded installation file (8136K) to our fast server.
Downloading 3D SurfTris 1.0 will take minute if you use fast ADSL connection. 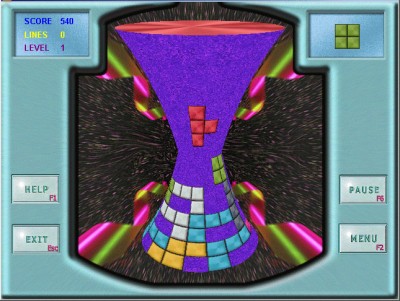 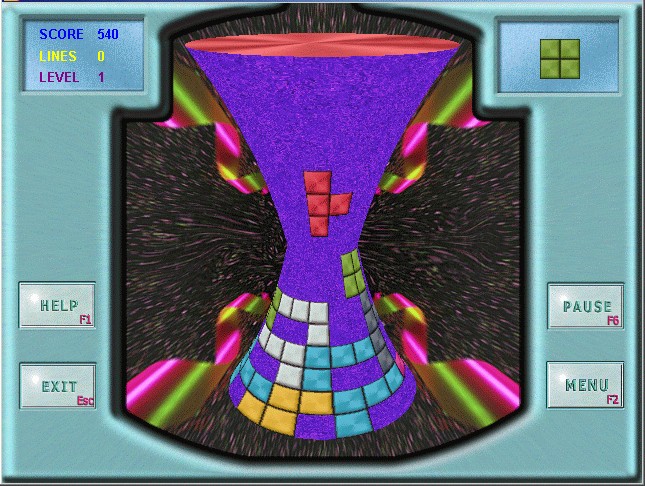 
InSpheration 1.0
This twisted match-3 has you combining colorful spheres for explosive results!


Twisted Tales 1.0
In Twisted Tales you play and Alice and Red Riding Hood and are out to save wonderland and the blackwood forest from the evil Wolf and Queen of Hearts.